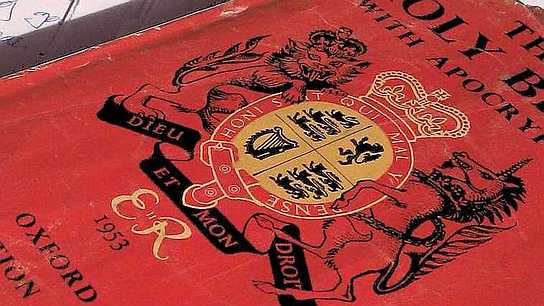 When different frames of meaning are mixed our ideas become muddled and our choices mistaken —there may be an epidemic in our minds and one too in our souls but even if so these are not the same. Our belief in the meaning of words fiercely prejudices our understanding of what's said, yet the word is not the thing; the map is not the territory.

Here, in a foreign language, I can barely speak, yet even in silence language is inescapable. Asleep or awake my mind fills itself with conversations, constructing models of reality to hold the thoughts that emerge from its wondering void. This is neither madness nor magic. Rehearsing things is the only way to get them right.

Words are dumb assumptions muddying logic and feelings. From the other side of this mirror it may appear that I am mad.
2.   Expression.

Communication is primitive, fundamental. In the primordial soup some wriggling thing unknowingly spoke and its environment, in some manner, replied —in the beginning was the word, just not a word that we would recognize. Merely by engaging with its world, every being communicates with others, however unconnected they might seem, and each of them responds whether understanding what is meant or not.

Presence breeds reactions and an environment is born. In signs and significance life discovers a use.
3.   Inheritance.

Life needs awareness to make choices and survive. How else could it be. Only the essential singularity of this, striving for fulfillment, sets beings apart. Built from inherited codes, awareness is bootstrapped. Matching current sensations to prior experiences, it converts whatever it can recognize into some measure of significance. A meta-biology, a psychology of some sort, emerges then from every biology. All psychological expressions have a biological correlate and all biological expressions have a psychological correlate. Hormones no more cause love than love causes hormones.

Body and mind, the wax and its form, only in imagination are these divided.
4.   Categories.

Authentic communication requires a common reference-frame, but this must be negotiated. Concrete descriptions and abstract concepts coexist  —perspectives of metaphorical and literal language—  and contrary statements, when true, are not contradictory but complimentary:  the mind does not exist and yet obviously it does; colour does not exist and yet obviously it does. To accommodate prevalent paradigms however, many everyday concepts  —such as the mind, the body, and the soul— are commonly conflated, or sometimes deemed invalid. This then leads to category errors in thinking, which are often hard to detect and useful for deception.

Animating bodies, and abandoning remains, Psyche was named the breath of life; yet life commands breath, not breath life.
5.   Literalism.

Words delight us, although it's easy to get lost in them and often hard to see their point. We revere them, while the illiterate and less literate are left dumb, with no voice, wondering at the divergence between scriptures and wisdom. Literacy has displaced native, phrasal languages, and words have become increasingly powerful. As we have grown more dependant upon the maps they represent, increasingly we take them as the territory itself.

I believe in reality and choose to have faith, in what I'm not sure. That is good.
6.   Word maps.

Meaning makes stuff matter but reasoning can only support our search for it. Words are just noise or marks on a page; it's you and I that give them meaning. Mapping the things that we find important, personal and ambiguous, words readily become confused. When they do we can easily lose sight of where we are. Their connections lost, they set out a trap. Questions and answers mistaken, they begin to turn us in vicious circles. Nuance and context are central to our meaning. To understand, this has to be negotiated through the establishment of relationships between individual maps —those frames of expression that we developed in our ontogeny.

The universe was cloaked in spiritual language by rulers and priests. Annexing the dream of a heaven on Earth, their literal interpretations became scripture and laws. It was not with enlightenment but by force that countries have been drawn around our feudal states, and in their ruin, with their hopes crippled by war, perverting logic a new faith: scientism, has taken root. Yet science is simple and absolute, it has no place for faith. Being neither human nor divine, faith only corrupts it.

A crow lands in a tree, a large piece of bread in her beak; that branch slopes. Unsuited she tries another but that's too narrow so, placing her prize on a sprig, she adjusts her place, and grasps it: a lesson learned.
8.   Ineffability.

In all things interpretation is inescapable: whoever speaks it, the word of Man is not the Word of God; the Tao that can be spoken is not the eternal Tao. Distinct from the temporal struggles of biology, whatever chemistry life first stepped through matters of meaning remain extending beyond any boundaries of conception or death. Whether in universities, temples, mosques, or churches, meditations are contaminated by prospects of power when an ineffable soul is imagined enchained in biology.

At war with fundamentalism, in suicidal self belief, science gazes into the abyss, leaving reason behind.
9.   Language.

Who can say if we have any greater ability to successfully direct the development of our species than other species have had in directing the development of theirs. It seems clear we have less than we might believe. Whatever power we might have is crippled, however, by not recognizing the value of the different languages we are using in our attempts, as by framing our perception it is these languages, and their differences, that inform our understandings.

If we can we will choose, whether or not there is free-will.

Niels Bohr, a Danish physicist who received the Nobel Prize for his foundational contributions to Quantum theory, conceived the Principle of Complementarity -- that singular items could at the same time possess apparently mutually exclusive properties -- after realizing that light behaved like both waves and particles. His motto became: "Contraria non contradictoria sed complementa sunt", meaning: contradictions are not contradictory but complimentary. Regarding meaning, he wrote: "We are suspended in language in such a way that we cannot say what is up and what is down."

Between 1604 and 1914, over 5,200 individual Inclosure Acts were passed in England and Wales, creating property rights over land previously held in common. Enclosing 28,000 km2 of open fields and common land, they displaced tenants and their descendants from the countryside, forcing them to look for employment in cities and industrial factories.

This poem, The Goose and the Common, by an unknown 18c writer, protests the injustice:

They hang the man and flog the woman Who steals the goose from off the common Yet let the greater villain loose That steals the common from the goose. The law demands that we atone When we take things we do not own But leaves the lords and ladies fine Who take things that are yours and mine. The poor and wretched don't escape If they conspire the law to break This must be so but they endure Those who conspire to make the law. The law locks up the man or woman Who steals the goose from off the common And geese will still a common lack Till they go and steal it back.

For the history of the acts see e.g: "Enclosing the Land", published on the website of the British Government: parliament.uk and: "Inclosure Acts", on Wikipedia.